When we eat carbohydrates, they are broken down into glucose which gets absorbed into the bloodstream. This glucose then needs to be shuttled around the body to be used as energy in areas like the muscle (to move) and brain (to think). This glucose “shuttle” is called insulin. Insulin is not just a “sugar bus” however, it also has major influences on fat mobilization and synthesis, protein metabolism, mitochondrial function, adrenal and sex hormone metabolism, oxidative stress and inflammatory response.1

Almost 50% of adults have pre-diabetes or diabetes. Diabetes is usually not a stand-alone disease. In fact, the single biggest risk factor for coronary artery disease (CAD) is insulin resistance.1 Most people are aware that diabetes occurs from “too much sugar” but it does not happen overnight and here’s why…

When glucose levels are chronically elevated, our cells become insensitive to the action of insulin. In other words, insulin is knocking on the door but no one is answering, resulting in too much sugar being left in the bloodstream. In response, the pancreas, if able, will secrete more insulin to get rid of the excess sugar which results in a high insulin state, called hyperinsulinemia. As author of the book Diabetes without Drugs, Suzy Cohen, functional pharmacist, iterates: “your cells (the inside) are not getting the energy they need so they are saying ‘we need more insulin!’ because your body is frantically saying GET THE SUGAR INSIDE THE CELLS”.2 After years of elevated blood sugar, the body can no longer keep up and it begins to rise and that is when the diagnosis of diabetes is made.

Insulin is an essential hormone that affects almost every organ in the body including the liver, muscle, brain, bone, kidneys, blood vessels and adipose (fat) tissue.3 Insulin is our primary fat storage hormone. When the body has to keep releasing insulin in response to high blood sugar, there tends to be more storage of fat around the midsection, also called “visceral fat”. This type of fat is particularly dangerous because not only does it surround vital organs, but it’s also an organ itself, releasing its own hormones, causing a cascade of abnormalities.1,3

Insulin also acts on your brain to increase appetite, suppress the breakdown of fat, and make the body more likely to store energy as fat.4 Hyperinsulinemia can cause changes in LDL cholesterol patterns leading to negative cardiovascular outcomes.1 Other problems associated with hyperinsulinemia include hormone dysregulation (estrogen dominance, PCOS, infertility), systemic inflammation, and cancer.1

The Conventional Approach: Why it Doesn’t Work

The conventional approach to address diabetes is fraught with issues.5 Many practitioners wait until a fasting blood glucose is above 126 mg/dL before they start addressing it. However, the response to high blood sugar is to release more and more insulin. Long before blood sugar is too high, insulin is too high. Yet, this value is not routinely checked.5

How Do I Know if I have Insulin Resistance?

Since many doctors only check blood glucose levels, many times early signs of insulin resistance are missed in a vast majority of patients.6 You can ask your doctor for a 2-hour Insulin Glucose Challenge Test. This should be done fasting, with blood sugar and insulin levels checked at fasting, then again at one and two-hour intervals.6 According to the American Diabetes Association, a value above 140mg/dL after one hour and >200mg/dL after two hours is considered to be impaired glucose tolerance or pre-diabetes.7 Fasting blood sugar levels should be less than 100mg/dL,7 but even values between 90-100mg/dL could indicate a progression to a pre-diabetic state. Fasting insulin is the most practical way to measure insulin resistance and can detect problems before disease occurs.8 Ideally, fasting insulin should be less than 5 uIU/mL and not rise above 30 uIU/mL after one and two hours.6,9 Other markers of insulin resistance may include elevated triglycerides, AST, increased waist circumference, and BMI.10

Stay tuned for a follow-up blog where we will discuss the functional medicine approach to preventing and reversing insulin resistance.

Our team of Functional Pharmacists at PharmToTable would love to talk to you about managing your blood sugar. Book an appointment or schedule a free 15-minute discovery call today! 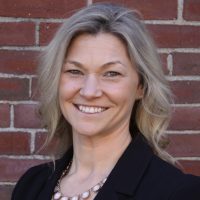 Dr. Johnstone’s focus areas are hormone imbalances, nutritional deficiencies, and wellness visits. Her passion for nutrition and preventative medicine led her down the path of functional medicine where she utilizes lifestyle modifications to help you get back to health. She is a PharmToTable Pharmacist available to our patients in Maine!

Each day, the kidneys process about 200 quarts of

Morning sunlight is critical for our circadian rhy

We are hosting a FREE webinar about supporting you

Our 14-day reset kicks off November 6th. It will

About half of the US population takes one or more

Our team had our annual retreat this past weekend

Clean drinking water is vital to human health. The