I’ve been meaning to get a post up on this topic for awhile now, my fabulous former student and intern who just graduated with her PharmD, Dr. Kara Lish wrote this for you.  It has a lot of content, so hopefully the length won’t overwhelm you but help you see how Vitamin K2 is an essential nutrient that many of us are lacking in our diets. I will be doing a facebook live on this topic this on Thursday June 14th at 8 pm EST to answer questions!

For years, vitamin K has really only been known for its role as a cofactor to assist calcium in the regulation of blood clotting. Likewise, vitamin D was thought to aid calcium absorption to promote strong bones. It was not until recently that we learned it is vitamin K, particularly vitamin K2, that actually assists vitamin D to get calcium into the bones and to keep calcium out of the arteries, organs, and joints. In fact, various studies have shown that the supplementation with vitamin K2 actually strengthens the bone and reduces the risk for osteoporosis, and bone fractures. Additionally, vitamin K has been shown to promote cardiovascular health and arterial elasticity and to boost immune function as well. Read below for a complete guide in understanding how vitamin K works and what types exist and their specific benefits.

What is vitamin K? What types are beneficial and what dietary sources include those types?

Vitamin K is a fat-soluble vitamin that occurs naturally as either vitamin K1 (phylloquinone) or vitamin K2 (menaquinones). Vitamin K1 is found in green vegetables, like spinach, whereas vitamin K2 is found mostly in grass-fed dairy products, such as fermented milk or kefir. To a lesser extent, vitamin K2 can also be produced by bacteria in the digestive tract of animals, like chickens or cows. Unlike K1 where most goes directly to the liver where it stays to regulate normal blood clotting, vitamin K2 quickly passes through the liver before being redistributed throughout the entire body to be absorbed to help aide in various functions. For example, vitamin K2 is redistributed to the bones and blood vessels to support bone and cardiovascular health. Deficiencies of vitamin K1 have been linked to an increased risk of bleeding and less vitamin K2 available to the rest of body since the liver will then hold onto it to clot blood properly. Deficiencies of vitamin K2 have been associated with osteoarthritis, osteoporosis, and vascular calcification among other things, like a decline in cognitive function.1,2 Because of their vital roles in overall health; men and women, including expecting and lactating mothers, should obtain 120 and 90 μg per day of vitamin K1 and 45-185 μg per day of vitamin K2.3,4

Where does vitamin D come into play?

Focusing on vitamin K2 and bone health, there are three vitamin K2 dependent non-clotting proteins regulated by vitamin D3 that have been shown to prevent osteoarthritis, osteoporosis, and vascular calcification (strengthening) of bone. Vitamin D controls how much calcium is absorbed from the diet. Vitamin K2 directs the absorbed calcium to the bones where its new role is to promote bone building and prevent its breakdown.

Vitamin D3 regulates the amount of calcium and production of a certain protein, osteocalcin, which plays a vital role in bone health once vitamin K2 activates it. Once activated, vitamin K2 then helps bind osteocalcin to calcium before directing the absorbed calcium to the bones, where it binds to the bone matrix to build bone and prevent its breakdown. Without vitamin K2, osteocalcin would remain inactivated and calcium would neither be able to bind to it nor reach its destination in the bones. As a result, it would be impossible for the body to build or strengthen bone to prevent against fractures or breaks.1,2,5,6

In fact, studies have demonstrated an increase in activated osteoclacin after the administration of vitamin K2, and thus, correlated inactivated osteocalcin with the risk for clinical fractures.5 Vitamin K has also even been shown to help maintain bone mineral density or bone strength. It does this by decreasing the breakdown of bone.7 Thus, vitamin K2 stimulates cells that promote bone building, while inhibiting cells that break down bone, resulting in greater calcification or bone strength.

Evidence showed that vitamin K2 helps to strong bones and to reduce bone fractures.8 Gajic-Veljanoski and group found that the daily use of 800 IU vitamin D, 45 μg vitamin K2, and 1200 mg calcium reduced the lifetime risk of a fracture by 25%.9 Similarly, Cockayne and colleagues demonstrated that vitamin K2 supplementation reduced bone loss and prevented hip, nonvertebral, and vertebral fractures by 77%, 81%, and 60%, respectively.10 Comparing osteoporotic patients who received 150 mg calcium with or without 45 μg vitamin K2, those who received only calcium lost 2.5% of their bone strength and experienced 45% more fractures versus those who received both, calcium and vitamin K2.11 More so, other studies have proven that vitamin K2 can even reduce bone fractures induced by certain medications, like glucocorticoids, as well as to maintain and increase bone strength in liver-dysfunction-induced osteoporosis and paralytic patients with cerebrovascular disease.8

Not only are adequate levels of vitamin K2 desired in adults, particularly in the elderly population and pregnant women, but also in children.6 Recent studies have shown that even most healthy, prepubertal and pubertal children have high levels of inactive osteocalcin, which in turn signifies inadequate levels of vitamin K2, when compared to adults. Long-term, this could prevent the nonessential vitamin-K proteins from functioning, prohibiting optimal bone development to cause early onset osteoporosis. Karpinski and group’s study actually identified children as being the most deficient in vitamin K2 due to only 10% of it being found in the typical Western diet. Like the previous studies, they too recommend at least 45 μg vitamin K2 daily to increase levels to then increase osteocalcin activation, which to reiterate is the vitamin K dependent protein that helps bind calcium to promote bone mineralization, and thus, bone health.2 On the other hand, other studies found that the relationship between the administration of supplemental vitamin K2 and the improvement in osteocalcin carboxylation is dose dependent, so Inaba and group recommend ≥100 μg vitamin K2 per day.12

How do I get more vitamin K2 in my daily diet?

To obtain more, you can either eat foods high in vitamin K2 (see below) or choose an appropriate supplement for you. When choosing a supplement, it is important to keep these 5 things in mind:

Adults and children require adequate amounts of both, vitamin D and vitamin K to create the ultimate duo for bone health!

Take a look at these different products as well as the dietary options below, and talk to your doctor and pharmacist to see which may work best for you, but remember… Adults and children require adequate amounts of both, vitamin D and vitamin K to create the ultimate duo for bone health! If you don’t need additional Vitamin D, Orthomolecular also as a K2 only product. Dr. Hartzler recommends the liquid D3/K2 frequently because when it is in the MCT oil drops, the oil helps the nutrients absorb since they are fat soluble.

Dr. Hartzler will be on Facebook live this Tuesday evening June 12th at 8 pm EST to answer any questions you have about Vitamin D/K2. There some additional benefits to K2 as well that we will discuss beyond bone building! 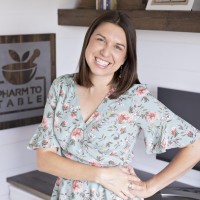 Did you know that you're supposed to be pooping AT

At the beginning of a new year many people start t

It can be estimated that nearly 90% of American ad

The treatment plan your cousin got put on for her

Antibiotic overuse is a common problem in our coun

Have you heard of stool tests? They are quickly be